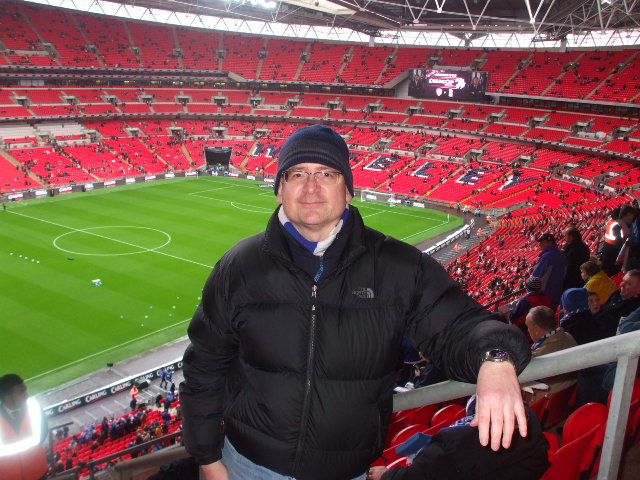 Honours even in a game desperately short on quality from both teams. The usual Frazer Campbell goal against us was cancelled out minutes later by a Marc Roberts blast from two yards after a Sanchez corner. Apart from that, and a little bit of Halilvoic and Bela, this was instantly forgettable stuff.

Halillovic and Roberts were rewarded for Saturday’s heroics with starts at the expense of the unlucky Gardner and Clarke-Salter. The only other change saw the Juke come in up top in place of Hogan, who had been willing but ineffective against QPR.

First half was dire. Blues started as if they were in a contest with each other to see who could pass the ball the worst. Harper won with some passing which managed to be incompetent, weird and dangerous all at the same time.

A shot on target each, which didn’t really trouble the keepers much, some nice control by Bela plucking long punts out of the air, a bit of movement from Halilovic around the half hour mark and that was your lot in an incredibly dull opening period.

The second half was marginally better, it had a couple of goals and bit more goalmouth action.

With both teams set up cagily not to concede and falling back into shape at any given opportunity, space was at a premium and it always felt like an individual mistake was going to the thing that broke the deadlock.

So it turned out and, in this season of the individual mistake, it wasn’t altogether surprising that it was Blues who dropped the first important clanger. A standard ball into the box saw Harlee Dean scuff the clearance and Campbell return the ball with interest from the edge of the box to beat Etheridge from distance.

Fair play, Blues almost immediately hit back. After a sustained bout of pressure, featuring Halilovic, resulted in a corner, Sanchez swung the dead ball over and Roberts slammed the ball home in a crowded six-yard box.

After the goals it looked like the visitors would go on and win the match. Both full-backs ventured forward for the first time in the game and pressure was bought to bear. And then it all petered out and the Terriers had their turn in forcing the issue in the last ten minutes, culminating in a series of corners, one of which had Etheridge scrambling to tip over.

Gardner replaced Halilovic and Hogan came on for Jukey, in a move you felt could have won the game if it had come about 10 minutes earlier. It wasn’t to be though, even though Hogan appeared to miss a good chance when the ball was swung into the box. Hogan and Pedersen appeared to get in each others way and the ball ballooned over the bar from not very far out.

I guess a point away from home isn’t to be sniffed at, but, again, you were left with the feeling that with a bit more ambition at the right moment, this game was there for the taking and the gap to the bottom three would have started to look more comfortable. But this is Karanka and not Barry Fry, so I think that will just have to be filed under wishful thinking and that, mainly, we’re going to grind ourselves out of the hole we find ourselves in, rather than throw caution to the wind at any stage.

MoM Marc Roberts – resolute defending and a goal. I’d have him and C-S as my centre halves. Plus the undying optimism that one day the long throw is going to come off.